What Does One Do With a Sport Psychology Degree?

I am a professor of psychology and head women’s basketball coach at Lorain County Community College in Elyria, Ohio. I was recently elected the president of the Society for Sport, Exercise and Performance Psychology (Division 47 of the American Psychological Association). I graduated from John F. Kennedy University in 1990 with a master’s in psychology, with a specialization in Sport Psychology (this was just before sport psychology became a standalone master’s; before this, a student could only specialize in sport psychology). From 1991 to 1998, I was the field placement coordinator for the JFK University Sport Psychology program, where I helped create the Performance Enhancement Group (PEG) for Injured Athletes that was run through the training departments of the University of California, Berkeley; University of California, Davis; and St. Mary’s College. The UC Davis athletic trainers and I published an article about these internships in the Journal of Athletic Training, which is still used in some athletic training programs. I also directed the youth camp internship for three years, and taught several sport psychology classes: Sport Psychology; Assessment in Sport Psychology; Psychology of Injury; Sport Psychology Approaches to Child, Adolescents and Family Counseling; and Theory and Practice of Ethics in Sport Psychology. 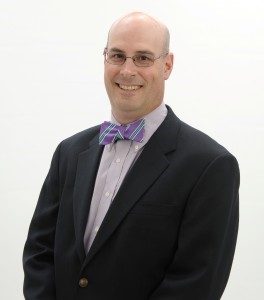 The Society for Sport, Exercise and Performance Psychology is one of the two major North American associations that were founded back in 1986 (the other being the Association of Applied Sport Psychology: AASP), and which have shaped the research, education, and practice of the field for the past 30 years. One of my main initiatives as president is to celebrate and document this history so that new members can have sense of what it was like back in the developmental days of the field.” Several of the JFK University faculty were founding members of these organizations. Former JFK University Sport Psychology Director Gail Solt was a charter member of both Division 47 and AAASP (back then it was known as the Association for the Advancement of Applied Sport Psychology). When I was a student at JFK University, we had several key historical figures teaching seminars; people such as Bruce Ogilvie, Tom Tutko, Betty Wenz, and Brenda Bredemeier.” I am currently finishing up a chapter on the history of the field for a book coming out next year. I think it is important to know how the field was created, because it can provide a foundation for current issues in sport psychology.

Another one of my presidential initiatives, which goes back to my days as the field placement coordinator for JFK University, is to look for ways to expand our reach in society.” The field does a great job of marketing the things we do at the Olympic, professional, and major college levels, but there are a host of other settings sport, exercise, and performance psychology can be involved with.” Last year, Division 47 (and AASP) reviewed a document put out by the NCAA called Mental Health Best Practices, which is intended to aid professionals working with student-athletes.” However, this should be done at all levels of competition, including some of the student-athletes who compete at National Association of Intercollegiate Athletics (NAIA) or National Junior College Athletic Association (NJCAA) institutions. The women’s team I coach here at Lorain County Community College is a NJCAA school, which would benefit from having a sport psychologist. This year, I will be developing Introduction to Sport Psychology and Mental Skills for Success courses here at the school to try and fill this void.” This morning, I woke up at 4:30 to go get a run in at my fitness center and was surprised by the number of people who were already up working out. A specialist in exercise psychology could enhance these workout sessions. Over the weekend, I dropped my daughter off at Purdue University for her freshman year band camp.” Students were required to, after saying goodbye to their parents, go perform a short audition piece. The stress and anxiety on the faces of these kids was very noticeable and they would have benefited from a performance psychologist to help with stress management. As a field, we need to find ways to expand into these areas and find funding for this type of work.

Finally, I have an enormous interest in sport psychology education throughout the pipeline of schools. I have several community college students who seek me out because of my background in sport psychology. Sport, exercise, and performance psychology should be taught at all levels of education, not just the graduate level.” We tend to focus on the graduate level education, but exposing students to the concepts at the two-year and four-year undergraduate levels would be a great way to get new members into the field, especially those students who are underrepresented because of ethnic, gender, sexual orientation, and religious backgrounds. At this year’s APA conference, Kate Hays (a very famous performance and sport psychologist) delivered the Steven R. Heyman Memorial Keynote Lecture and called on the field to become much more inclusive. One way to go about accomplishing this goal is through the lower levels of education.