One of the biggest takeaways at the Sanford Institute of Philanthropy’s recent Philanthropy Summit, which focused on how nonprofits could build capacity and expand opportunity, had to do with measuring impact. More specifically, Summit participants discussed the notion of collecting and using data meaningfully, as opposed to at random. Although it seemed to take some participants by surprise, one strategy for doing so that steadily gained traction throughout the day was that of using data as an impetus for storytelling.

“You simply cannot start a movement without a great story,” stressed keynote speaker Kathleen Kelly Janus, emphasizing that the successful organizations she had interviewed for her book, Social Startup Success, “made storytelling an olympic sport.” Furthermore, as opposed to the prevailing notion that stories and numbers occupy separate provinces, Summit participants discovered that one of the keys to great storytelling could in fact be the numbers themselves, so long as they are properly used.

“While most nonprofits are collecting data and have lots of it, most of them don’t know what to do with it,” explained Janus in her keynote address. But, she went on, “you don’t have to be a data scientist to use data well.” Instead, she advocated for collecting data with greater intention—choosing things that matter and focusing on them. “‘Not everything that can be counted counts and not everything that counts can be counted,’” said Al Miller, President of the El Cerrito Library Foundation, repeating the Einstein quote quoted by another Summit participant. “The data that’s important to you is the data that shows if you are achieving your goals.” In other words, organizations should measure impact in a way that susses out the meaningful picture inherent to their work.

Like Mr. Miller, other Summit participants reiterated the importance of, in the words of Knigi Glee, Growth Marketing Consultant with Glee Growth Strategies, “using data as the starting point of your storytelling.” She went on, “It’s making clear who you’re targeting, who you’re speaking to, and where you’re going. It’s the bottom line of your storytelling.” Jessica Siegel, Director of the Diablo Valley Arts Academy, also emphasized the importance of keeping one’s audience in mind, as any good storyteller does: “It helps to know who you’re serving and not serving,” she said. “The goal is to make information about impact relevant, to take it out of numbers and apply it to people.”

The ideas of collecting data strategically and pouring more effort into the crafting of a powerful story went hand in hand with the day’s theme of nonprofits investing in themselves and taking control of their ability to make change. “Successful change happens when we create what we do want rather than react to what we don’t want,” stressed afternoon speaker Hildy Gottlieb. Noelle Morra, Coordinator of the VALOR Center at JFKU, echoed this sentiment when she expressed the idea that organizations could take an offensive stance as opposed to the more common defensive stance in terms of the picture they choose to paint about themselves. “Data takes a lot of work to put together,” said Morra. “We should take the time to shape it how we want, instead of thinking donors will only want to support us if we look a certain way.”

In other words, when organizations focus on what matters most, they can be confident they will attract the support that they want. Using intentionally measured data to generate story can be a powerful step toward greater success.

Continue down the rabbit hole.

Read more about the Sanford Institute of Philanthropy. 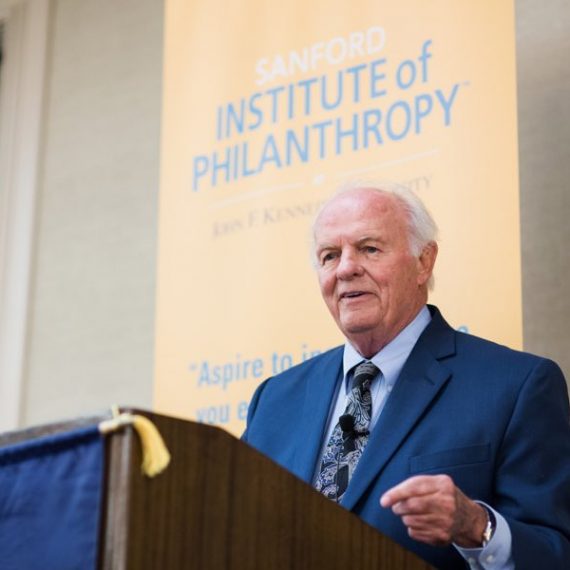 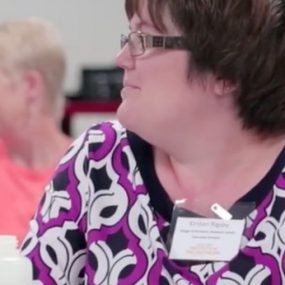 When asked what the greatest challenge of running a nonprofit is, most would answer with one word: money. The need for funds is a constant reality for most nonprofits, and with time and resources at a premium, the need for efficiency is as well. Identifying and cultivating donors can be an arduous process, and it […]